A Perspective That Will Make A Difference 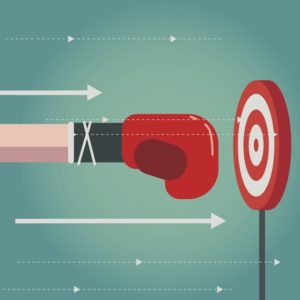 This week we’re talking about impact… The impact YOU have on others.

Yeah, yeah. I know… You already know about this right?

Trust me, it’s likely you haven’t thought about it from this perspective before and if you have, it’s likely you’re still not really doing anything about it. However, if you want to improve the relationships in your life you’re going to want to read on…

We’re generally pretty good at recognizing and feeling the impact people have on us; when they say or do something that makes us feel:

Yeah. We’re really good at recognizing, feeling, and reacting to that stuff – pointing it out and pointing fingers when it comes to other people doing things that impact us.

But you know what we’re generally not very good at? Being aware of and responsible for the impact we have on other people.

Now before you click out of this article and move onto something else, hear me out.

When I say most of us are generally not good at being aware of and responsible for our impact on others, I’m NOT talking about things like:

I’m talking about the impact you have on the people and situations in your life when you don’t show up. Whether you literally, physically don’t show up or you’re just not present even if you are physically there.

Let me give you an example of what I’m talking about.

A number of years ago – like ten-ish – I started doing this thing with my family where I stopped showing up for family dinners. I didn’t stop going all the time and I certainly didn’t miss the big events like holidays and special occasions. I did, however, justify in my mind that I didn’t need to go to the regular monthly dinners every single time; I didn’t like the restaurant the family liked to go to and there was often a conflict with my schedule making it inconvenient for me to go.

I used these two reasons to justify to myself why I didn’t have to go. I never really talked to anyone about it either. I mentioned the restaurant preference and scheduling conflict but I never really told them “Hey! You’re important to me and I would really like to spend time with you and in order for me to be able to do that, we need to find some compromises that will work for everyone.” I told myself that it really didn’t matter if I wasn’t there and if they really wanted me to go they would change the day, give me more notice, and change the location.

After a while of justifying this to myself, it was easier and easier to believe that it didn’t matter to them at all that I wasn’t there, that they were doing just fine without me. 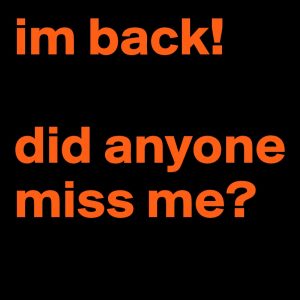 Now sure, the truth is they were doing just fine without me showing up. Everyone managed to eat their food and have some laughs regardless of whether I was there or not… and that doesn’t mean there wasn’t impact. The fact is the dinners just weren’t the same without the whole family being there. There was a ‘missing’ within the group when I wasn’t there… plus I’m hella funny and a good time so who wouldn’t want me at a family dinner?!

Over time one of the impacts on my family (the other people in this relationship with me) was a semi-unconscious assumption that they weren’t important to me. It started to seem to them that spending time with them and knowing what was going on in their lives was clearly not a priority for me so that must mean I didn’t care. That started to manifest itself in some pretty unfortunate ways.

Luckily I managed to figure out what I was doing that was contributing to the problem – RECOGNIZE MY IMPACT – and do something about it before things got too far down the path of disconnection and resentment. Now I see my family regularly and tell them they’re important to me through my actions. So – we’re all good.

I wanted to talk about this however because I see stuff like this happen all the time!! And it sucks!!

YOU HAVE IMPACT WHEN YOU SHOW UP AND WHEN YOU DON’T SHOW UP! 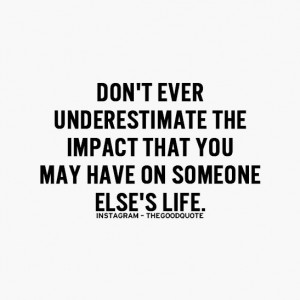 Think about it. When you call or message someone and they don’t call or message you back (aka don’t show up) does that have an impact on you? Of course it does!! And guess what!? It works the same in reverse! When someone calls or messages you and you don’t get back to them – it has an impact on them!

When you’re invited to an event and you don’t show up, the event will go on without you and everything will be fine… and it will be a different experience for everyone than it would have been if you were there – if you showed up –especially if you originally accepted the invite so people were expecting you.

When you’re with someone doing something – having a meal, watching a movie, having coffee, etc – and you’re on your phone doing other things (aka not really showing up and being present) YOU HAVE IMPACT on the situation.

Here’s another really common example of how this happens in life and how we’re not responsible for it:

You and someone you care about get into a bit of an uncomfortable situation or have a disagreement. Let’s say for the sake of this scenario that they were telling you something that was hard for you to hear. You’re uncomfortable and hurt, maybe even angry or taking it personally so you withdraw. You emotionally withdraw from the situation…

You know what I’m talking about. We’ve all done this at one point or another. Maybe you’re even doing it with someone you care about right now!! (If your cheeks are getting hot right now, you clearly have some cleaning up to do…)

So while you try to figure out how you feel and how you want to respond – basically how you want to protect yourself from getting hurt or feeling foolish or shameful – you withdraw from them. You pull back on how you communicate with them – you don’t show up – and in turn, you hurt them back.

Maybe it’s completely unconscious and you’re just licking your wounds… and from now on part of you is going to know that it’s intentional. Part of you now understands that you have impact when you show up and when you don’t… so when you shut them out (aka don’t show up) you know you’re having hurtful impact.

The bottom line: You matter. You have impact.

That’s a tough thing for a lot of people to take in: YOU MATTER. YOU HAVE IMPACT.

And it’s the plain and simple truth. So stop pretending you don’t. Stop being not responsible for it. Stop robbing the people in your life of the experience they get when you show up. Just stop.

Own the fact you have an impact when you show up and when you don’t – when you withhold communication and connection.

This is a HUGE step towards living your life by your design and living life on your terms. It is only once we become truly responsible for our impact that we can experience true personal power in our lives. Plus it really cuts down on unnecessary drama, and who doesn’t want to do more of that in their lives??

3 Simple Tips That Can Eliminate The Pain Relationships... some are a joy, and some are… well… not that. However, life without them would be … END_OF_DOCUMENT_TOKEN_TO_BE_REPLACED