Two Questions That Put You In The Driver’s Seat 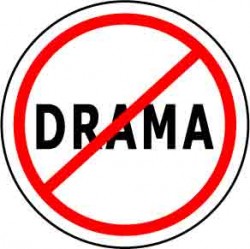 When people are dealing with struggle in their lives I find it’s usually one of two things:

That second point can show up in a few different and sneaky ways so I thought it would be worth talking about.

An easier place to point this out might be through using movies or TV dramas as an example. The reason people are captivated by the silver or the small screen is not just for the happy endings, it’s also for the experience of watching people overcome and persevere through struggle and strife.

We love to watch characters deal with difficulties and come out winners in the end. It’s unlikely that you’d ever leave a movie theatre saying “That was awesome! Loved it!” if the movie was about someone going back and forth to the same mundane job every day and the biggest thing they overcame was rush hour traffic.

We love to see triumph over strife and I think we can often create circumstances in our lives that attempt to replicate that experience. The thing is most of the time, all we’re actually creating is drama… 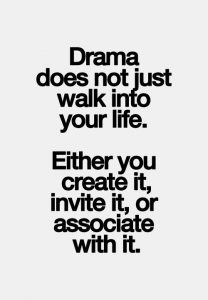 We create drama where there doesn’t have to be any by holding onto what we want to see (how something should be) and by ignoring how things are (how things shouldn’t be.) This creation of drama by denying reality can be really obvious at times, like: complaining about your weight while you’re eating fries and a shake or complaining about how tight money is while you’re on a spontaneous online-shopping spree.

Other times this created drama is harder to uncover because it’s a hidden truth we’re denying.

When we’re dealing with hidden truths (and some of these run really deep) we are guaranteed to have drama and struggle that we feel powerless to deal with. 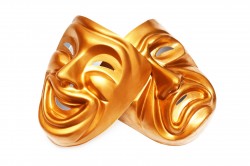 Those ‘denials of reality’ – or lies – create the experience of drama or struggle (powerlessness) for us that a simple acknowledgment of what’s really going on can immediately alleviate. Truth telling doesn’t make the issue disappear – it will however help you see clear action to take in order to deal with the problem and stop the drama.

As soon as you ‘tell on yourself’ for lying about being committed to losing weight (because your actions clearly demonstrate something different) you immediately have the freedom to choose to take new actions that will get you to the goal or simply accept the truth that you’re not actually committed at this time so you can stop lamenting about how your pants don’t fit.

The other type of denial, the more deeply rooted and hidden truths are often more challenging to identify and even harder to accept and be responsible for or ‘own’ as a truth.

Check out this example:

The thought, belief, or truth you believe:

“I am an honest and responsible human being – why do I have so much dissatisfaction and drama in my life?”

Clearly these behaviours create an experience of drama and struggle in a person’s life… So what’s behind it all then?

You don’t say/do what you need to say/ do because you’re afraid of the consequences if you did: people might get mad at you, not like you, leave you, fire you, etc. 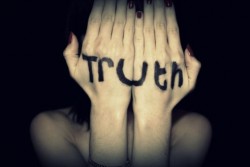 Underneath all this is something like: “I’m not good enough” or “I’m not important” or “I don’t matter” and you’re living in that idea like it’s real.

Can you see a similar version of that for yourself? It’s probably uncomfortable to consider that you’re actually the main cause of the drama and struggle in your life… and the truth is, no matter how you slice it, you’re always the common denominator in your life. You are the single thing that is always present in your life whenever you’re experiencing ‘upset’.

The hard part about that? Well… you’re the one responsible for what you’re going through. The great part about that? YOU can change YOU!! You can’t change or control other people but you can change and control your actions, choices, beliefs, and things you think about.

Starting now, get honest with yourself. Tell yourself the truth about the inconsistencies and misalignments in your life.

What parts of your life do you often find yourself complaining about? What actions are you taking that perpetuate the need to complain? What actions do you know you need to take but you still avoid taking them?

My suggestion is to start with the ‘surface denial’ and work your way towards uncovering some of those hidden truths that create drama for you. Once you’ve uncovered and started dealing with the surface issues, the deeper hidden truths will become clear making it easier to face and get under control.

This stuff is never easy – for anyone – especially at the beginning. Cut yourself some slack and get back on the proverbial horse. If this were easy, everyone would be doing it – and they’re not. They’re at home creating drama for themselves instead of living life on the court, playing full out at a life they love.

You’ve got this. I believe in you.

3 Simple Tips That Can Eliminate The Pain Relationships... some are a joy, and some are… well… not that. However, life without them would be … END_OF_DOCUMENT_TOKEN_TO_BE_REPLACED