Getting To The Root Of Your Self-Sabotaging Ways 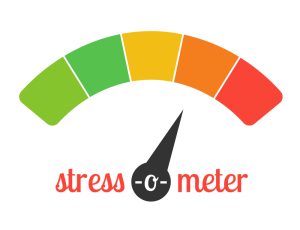 The further you get into the world of self-awareness you’ll likely start to discover just how hard us humans tend to make life for ourselves. In this article I’m going to get right to the point and talk about a really common way we shoot ourselves in the foot and in turn create a lot of drama and pain for ourselves.

Let’s get started shall we?

As a human being, you are physiologically designed to survive… And part of that learning to survive includes learning to identify potential threats out there in the world and then how to manage those threats should they become real.

That’s all well and good when you’re looking at literal, life-threatening situations however it can really hang you out to dry in other situations… let me explain:

Part of your development from infant to adult requires that you learn some things about what’s safe and what will threaten your survival in the world. This is really important when it comes to things like crossing busy roads and not running with scissors. You learn from experience that crossing a busy road can be perilous if you don’t follow the rules and pay attention to what’s going on around you. Those are among a number of really important life lessons that will certainly increase your chance of physical survival. Yay! 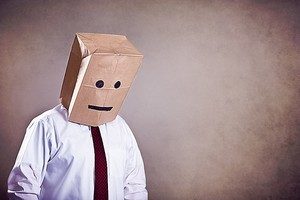 You learn that putting up your hand in class can sometimes result in feeling foolish or embarrassed. There you are in grade 2, certain you have the right answer to the math question on the board and with enthusiasm you put your hand up to answer… turns out you don’t have the right answer and some of your classmates laugh at you… and right there, in that moment, you make up a rule that putting yourself at risk by stepping out or stepping up isn’t a good idea… and then from that time forward you don’t put your hand up or put yourself out there in the same way that enthusiastic confident kid would have.

You learn that just because you like someone doesn’t mean they like you back and telling someone you like them when they don’t like you back can feel like rejection and be embarrassing or hurtful. So you make up a rule (limiting belief) that you won’t (can’t) tell people how you feel until you’re certain you know they reciprocate your sentiments. Sometimes with this particular situation, you might make up a rule that you’re never really going to like someone again just to make sure you never get hurt.

And the thing is these ‘rules’ or limiting beliefs stick with us everywhere we go. They follow us around and influence our experience of life and the way we see the world until we decide to do some work and start seeing things differently.

Now that we have that pretext out of the way, we can get down to what I really want to talk about.

One of the rules (limiting beliefs) a lot of us will make up at some point in our lives is that we’re not good enough the way we are – we’re not loveable, not deserving, not worthy, not important, etc. That would be fine (ok, not awesome but tolerable) if it were just a rule we lived by… except it ends up influencing every part of life….

Along with creating weird self-sabotaging behaviours that keep us stuck and playing a small game, this ‘rule’ causes you to keep looking for proof and evidence to support the need for the rule to exist in the first place.

Let’s say you had an experience when you were younger where you had a crush on someone but they liked someone else better than you. As if that wasn’t bad enough, the truth was they were also young and didn’t really know how to handle that kind of thing effectively, so rather than being respectful about your feelings they made fun of you and so did their friends. That left you feeling rejected, hurt, embarrassed and scared… you made up a rule that you were never going to put yourself out there like that again (because you aren’t good enough for someone to like you) unless they made it reeeaaaaalllly clear that they liked you first. 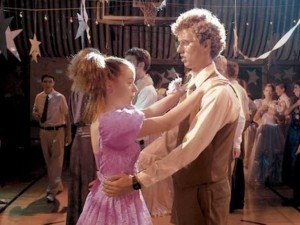 What does that make the rest of your life look like? Well, it certainly didn’t make high school dances very fun – you were always sitting on the sidelines while the person you really wanted to be there with was dancing with someone else. Later on in life, you may find that you’re often in situations where the people you want to date aren’t interested in dating you… blah blah blah.

And just an FYI… it didn’t even need to be you that had the experience!! You could even make up a rule about liking people and what the risk is if you saw someone else dealing with this kind of thing. Maybe you saw one of your friends get taunted about having a crush on someone and you decided you never wanted to be in that situation yourself, so based on someone else’s experience you made up a rule that would govern your life…

This type of rule – the I’m not good enough rule – will manifest itself in other areas of your life too, not just dating and relationships. This kind of rule (limiting belief) can permeate every aspect of your life including your career, finances,  health and wellness, and anything else you can think of! This rule will determine what you think you’re capable of as well as what you’re willing to do or risk to acheive something.

Ok. That’s a lot of stuff I just threw on the table and it’s getting a little jumbled so we should probably break it down a bit.

First, I want to make sure that you ‘get’ that this type of rule (or limiting belief) can show up from a million different experiences and have the same general results in your life:

Can you see how this phenomenon can happen? Especially depending on how old you are when these things happen!!

From there you start looking for proof and evidence to support this new rule:

And what happens from there?

WHAT YOU THINK ABOUT YOU BRING ABOUT! 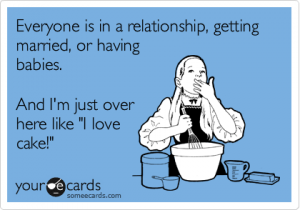 So you aren’t putting yourself out there (for a gazillion ‘totally justifiable reasons’) and what are you experiencing?? No one picks you. People forget about you or don’t include you. People use you or take you for granted. You never feel good enough and that must just be how it is…

Except it’s not. It’s only that way because you’ve been looking for proof and evidence to support your rule…

Talk about a limiting belief! I’m sure you’ve heard people talk about the idea that after a breakup it seems like everywhere they look they see happy couples? Or for women who are wanting to get/ are hoping they’re not pregnant, all they see are pregnant women everywhere? Same deal here. If you’re looking for proof and evidence that you’re not good enough, guess what you’re going to find? Lots of proof and evidence to support just that!

What if this whole time, the reason you’ve not good enough is because of what you’ve been focusing on?

And what if right now, you started looking for proof and evidence of something different? 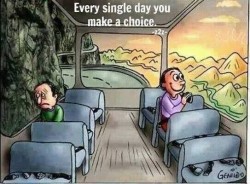 So here’s your homework. You’re job is to go out there into your life and start looking for proof and evidence of something different than the limiting beliefs you’ve been allowing yourself to live in. If you’ve been believing ‘I can’t’ then get out there and look for all the places that ‘you can’ and proof that you are capable. If you’ve been buying into the idea that you’re not good enough, get out there and look for all the places in your life where people are doing things and treating you in ways that show you are WAAAAAAAAYYYYYY good enough – instead of focusing on the places where you feel like you’re not.

I could go on and on and on about this and I think we’d all be better off if you just got out there and took this on.

Seriously. Get out there and do some homework. If you get stuck, send me an email and we’ll talk about how to get you unstuck. I mean come on, wouldn’t it be awesome to live life from the context of I CAN and I’M GOOD ENOUGH????

What are you waiting for??

3 Simple Tips That Can Eliminate The Pain Relationships... some are a joy, and some are… well… not that. However, life without them would be … END_OF_DOCUMENT_TOKEN_TO_BE_REPLACED