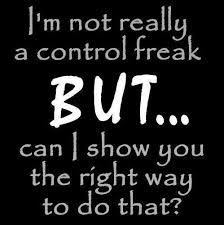 I used to think I was generally a relaxed and easy-going person. Sure I had some fairly strong viewpoints about how some things should be done, but generally speaking, I was easy to get along with. In my mind, there were some very clear and basic social norms and as long as they were followed by everyone all the time, everything would be fine.

Would I have called myself a control freak? Hell no. I actually believed I was a limit pusher who simply lived with integrity.

What I’ve come to learn in the last few years (as I’ve been getting responsible for my life – who I am in it, how I show up, and how I impact others) is that I was – more frequently than I would like to admit – a self-righteous control freak; I had a very clear set of standards and ideals that everyone, myself included, should be living up to and anything other than that meant there was something wrong and it needed to be fixed.

Let me tell ya, learning that was a bitter pill to swallow, due in part to the fact that my opinion of control freaks was awful! To me, they were tough to be around! They’re inflexible, judgmental, demanding, rigid, sometimes manipulative, fun-killers.

Years (and lots of focus later) I consider myself as a ‘Recovering Control Freak’ and I wanted to share some of the things I’ve learned about ‘control’ along the way.

#1 – Control really is an illusion. 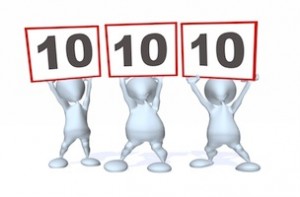 I’ve been hearing that my whole life however it wasn’t until I landed hard in the world of clinical depression that I realized how futile my efforts to control everything around me was.

I had used control as a method to try and create a version of the ‘perfect life’: perfect job, the perfect partner, perfect body, and perfect friends – perfect everything.

What I’ve come to see is: perfection doesn’t exist – it’s completely objective. Whose idea of perfection was I working towards anyway? What denoted perfect?

The bottom line was that my attempt at controlling things left me exhausted. I spent so much time doing things my way without help (because if you want things done right, you do them yourself) that I was without a real support structure. I had left everyone believing that everything was handled so no one really needed to support me. Even if they did, let’s be honest, I brush off their offers of support as I wanted it done my way anyway.

#2 – Getting it right all the time is impossible.

You have no control over how things are going to turn out, all you have is control over is how you behave in the midst of it.

#3 – The need for control comes from insecurity. 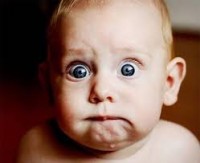 Ugh. This lesson isn’t easy depending on how you see yourself…

Whether you’re trying to control an outcome – so everybody wins, it gets done right, people like you, or you look like a hero – controlling things comes from an attempt to deal with the uncertainty of the what might happen if it doesn’t go the way you want.

Meaning, your attempt to control things really comes from trying to avoid:

Controlling comes from the need to avoid feeling uncomfortable – if I know what’s coming I can figure out potential ways I’ll need to react.

Translate that to “I don’t trust myself to handle things in the moment – especially the uncomfortable things like conflict, embarrassment, and disappointment so I try to control the situation and avoid having to deal with it”. 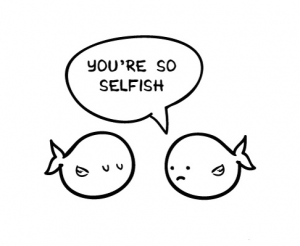 Controlling things is actually you thinking you know what’s best for everyone – meaning you’re imposing your thoughts and beliefs on others because you know best or you’re better/ smarter than they are or that your needs matter more than other peoples.

Controlling things is all about you having an attachment to a particular outcome.

Basically, when you try to control things you’re saying that your way is better than anyone else’s so you’ve taken it upon yourself to ensure everyone gets the results you think they should.

Granted those reasons vary, and they certainly don’t seem all about you at the time, but the reality is control is not an openly collaborative effort.

I figured this out when I was in the middle of an argument with a boyfriend about the right way to load a dishwasher. I was going about my business loading the dishwasher however I wanted and he started lecturing me about how inefficient my loading technique was.

I thought to myself: “You asshole! Who are you to tell ME how to load MY dishwasher!!??” Then I promptly realized: “Oh crap… I did that to him yesterday when I was telling him how wrong his route was to get to a particular destination in the city – there were 4 more sets of lights and the speed limits were on average 30 km/hr slower so obviously my route was better/ smarter…”

No, I’ve never been a self-righteous control-freak – EVER… (please insert eye-roll here…)

If you want to start to relax the grip the need for control has in your life – and come on if we’re honest we’ve all got some level of a control freak in us – you have to start giving yourself permission to own how you feel and do something about it.

Since the need for control comes from some level of insecurity and trying to cover up feeling that way, the only way to deal with it is to confront your own ‘stuff’ – the things that make you uncomfortable or that you’re insecure about.

3 Simple Tips That Can Eliminate The Pain Relationships... some are a joy, and some are… well… not that. However, life without them would be … END_OF_DOCUMENT_TOKEN_TO_BE_REPLACED